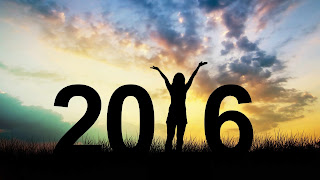 For the last few years I have published my political predictions on New Year's Day. The focus of my 2016 predictions was entirely on British politics, with the exception of my prediction for the US presidential election (which I regarded as too big to ignore).

This is always half-serious and half a bit of fun. In as much as it should be taken seriously, it's as an opportunity to take stock of current trends in politics. It is only possible to make predictions for the year ahead if you think about what is already happening and try to identify the most significant elements.

I've just looked back at my New Year's Day 2016 predictions to evaluate how the year has actually turned out compared to my predictions. As you might expect, many of my predictions proved to be wide of the mark!

Here's a run-down of all 15 predictions and how things actually turned out.

The reality: Correct result, but I underestimated the margin of victory for Labour. If you also consider point 3 below the intriguing thing is that Labour has in fact had a better 2016 electorally than I predicted. However, my prediction on opinion polling (see below) was seriously over-optimistic for Labour.

The reality: I slightly mis-judged how well the SNP would do in May, though I was right to forecast a year of continued dominance of Scottish politics by the party (and also right to forecast a wretched year for Scottish Labour, disappointment for Rise and some cause for cheer by Scottish Greens).

3. Labour will lose around 120 of the 1200 seats it is defending in May's local council elections.

The reality: Labour actually did better than that. It's worth recalling, by the way, that many mainstream commentators forecast losses of around 500 seats when making their predictions for 2016.

4. Jeremy Corbyn will survive a fresh wave of internal Party attacks in May, continuing to be Labour leader throughout 2016. He will be assisted by Labour victory in the election for London mayor, compensating for less heartening news in the Scottish and local elections.

The reality: Corbyn is indeed still leader and he did indeed survive the predicted attacks (and my assessment of the impact of May's elections was essentially correct). What this misses, though, is the fact that a second leadership election took place. This was triggered by the Leave victory in the EU referendum...

5. The EU referendum will be held in the autumn and the IN campaign will win, with over 55% of the vote share.

The reality: The big example of a wrong prediction - and the one that shapes almost everything else I got wrong. It's a reminder of what rapid change there's been during 2016 that at the start of the year we didn't even know for sure that there would be a referendum this year.

6. Labour Party membership will stabilise at around 400,000 members. Labour will make a little progress in opinion polling, being almost level with the Tories on vote share by the end of 2016.

The reality: a very contradictory result here, as I underestimated the membership surge but considerably overestimated how Labour would be doing in the polls (although I was basically correct if you just look at the first few months of 2016 - it was the referendum and its aftershocks that opened up a big Tory polling lead). Again: these are all knock-on effects, directly or indirectly, of the referendum result - a great moment of rupture.

7. The Lib Dems will fail to make any recovery in its polling or electoral fortunes, continuing to be the irrelevant footnote to British politics that it has been since last May's Westminster wipeout.

8. The Green Party of England and Wales will struggle to appear politically relevant, its right wing will become stronger, and the party will fare badly in London's elections in May. There will be a small decline in its membership.

9. Ukip's slow decline will continue, with the divisions between leader Nigel Farage and sole MP Douglas Carswell becoming so acute that the latter leaves Ukip altogether before the EU referendum takes place. Funding will dry up almost entirely and membership will fall slightly.

The reality: Broadly correct, but wrong on the specific detail concerning Carswell (though the wider point, i.e. predicting toxic in-fighting in Ukip, was proved in style).

10. Jeremy Corbyn will undertake a minor reshuffle of his shadow cabinet in January. It won't involve changes quite as drastic as widely predicted. Hilary Benn, Maria Eagle and Michael Dugher will be removed from the shadow cabinet, though Angela Eagle will remain, and Rosie Winterton will be removed as Chief Whip.

The reality: the attempted coup in June re-shaped the composition of the shadow cabinet, something I obviously didn't predict.
11. Momentum will establish itself as a significant grouping for the Labour left, but will struggle to find a meaningful cause to galvanise left-wing party members into action, while being overly focused on internal party matters and repeatedly subjected to attacks in the media.

The reality: Correct. I'll basically repeat this prediction for 2017 (and the same goes for points 7 and 8 above).

12. By the end of 2016 George Osborne will emerge as clear frontrunner in the race to be next Tory leader, ahead of Boris Johnson and Theresa May. Osborne will gain from the fact that there will be no fresh economic crisis, either in Britain or in any other major economy, despite underlying problems. Inflation in Britain will remain low and there will be a slight fall in unemployment.

The reality: as already mentioned, the EU referendum result led to unforeseen upheavals. The shifts in personnel on the Tory front bench have been greater than anticipated. The fall of Cameron and Osborne was an especially cheering aspect of the year.


13. The Chilcot report will be published in the autumn and be damning about Tony Blair and other senior government figures of the time.

The reality: It was published a little earlier than I anticipated, but I was right to anticipate a damning report (a rather controversial view 12 months ago, when many people on the left were forecasting a hollow establishment stitch-up). Another of the best pieces of news in 2016 and a victory for campaigners.

14. Junior doctors will take strike action and win their dispute with the government, though there will otherwise be no significant national strike action by public sector unions on pay, pensions or any other issue.

The reality: I was half-right and half-wrong. Sadly, the wrong way round to what I'd like! The junior doctors failed to win and there has been little in the way of significant national strike action (the current strike wave is a hopeful sign, but is not of the type I was referring to here).

The reality: Clinton did indeed win the popular vote, but not by such a healthy margin - and the electoral college balance led to Trump's victory. This is the other major upset of the year along with the EU referendum result.

What overall conclusions can be drawn here?

There are a number of political trends that were discernible 12 months ago - and where I got things largely, if not entirely, right.

I'm thinking of things like Lib Dem stagnation, the Greens' modest rightwards shift, the SNP's hegemony of Scottish politics, Ukip's modest but unmistakable decline, the continuance of low levels of strike action (by historic standards), Momentum's contradictory mix of strengths and weaknesses, the marginalisation of the radical left, and the Labour Party's combination of left-wing leadership, success in its metropolitan heartlands and right-wing PLP hostility.

All of these were my forecasts a year ago. Sure enough, that's how things have turned out.

But the big upset was the EU referendum. That doesn't just make my specific prediction on the referendum result wrong.

It was the decisive factor in shaping several other erroneous forecasts: failing to predict a second Labour leadership election and also the further rise in Labour Party membership or the fall in Labour's poll ratings (both of which were consequences of the coup and leadership election), and of course failing to predict the replacement of Cameron and Osborne by May and Hammond.

The referendum result can therefore be seen as a moment of rupture and crisis - a turning point. It had contradictory consequences, and will continue to do so. Yet the list above is also surely a reminder that many trends and tendencies pre-date the referendum, and have been little affected by it.

This exercise is also a reminder that - for all the doom and gloom in some quarters - 2016 has turned out not that differently to expected: a lot of continuity, with changes both of a positive and negative nature. Obviously any assessment depends on your perspective: a Leave-supporting activist on the radical left (like me) naturally sees things differently to a pro-EU, anti-Corbyn, centre-left liberal (for whom 2016 has indeed been a very bad year).

I will be recklessly making predictions again on New Year's Day 2017.